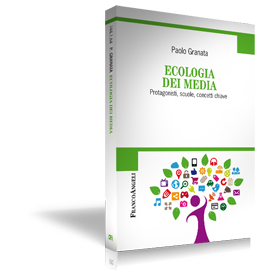 There is a story that has gone around for a while, retold a few years ago by the American writer David Foster Wallace. The story is about two young fish that swim around carefree and joyful. They happen to meet an older fish swimming the other way, who nods at them and says: «Morning, boys, how’s the water?». The two young fish swim on for a bit, and then eventually one of them looks over at the other and goes,: «Water? What the hell is water?».

The point of the story is quite transparent but far from banal. Sometimes we fail to realize what is most obvious. We get what is around us for granted but are we really aware of it? Many aspects of daily life are almost unknown to us precisely because they have always been part of our existence, and therefore become almost invisible. Yet, the context that surrounds human experience and becomes its background silently impacts its development. The point is that we are not fully aware of it. Water is all around us and we have been swimming in it for a long time. Even Einstein said once: «What does a fish know about the water in which he swims all his life?».

That question may well be what sparked the intellectual adventure described in this book. If water is the medium the two young fish swim in, what do we know about the media in the midst of which we lead our lives? This rhetorical question hides an insight. The media environment that surrounds us is in many ways imperceptible because we take it for granted ‒ just like water is imperceptible and obvious for the two young fish. If we want to know more about this imperceptible presence, we need to start developing a new awareness of how we consider the media around us. This is not just a matter of getting to know or learn how to use them. It rather means learning how to live with and within them. Rather than considering the media as mere tools that can be used more or less adequately, we should consider them for what they are, actual environments within which we lead our lives; environments that shape our experiences.

Indeed, almost anything we think and feel happens within the media environment. Daily experience happens within them. Whether we want it or not, whether we are aware of it or not, we act and live within the media; they really are our environment. That doesn’t mean that our life is defined by the media, rather it constantly interacts with and is transformed by them in a process of mutual influence. In other words, the media are our habitat, the real structure of that invisible and complex network that is the human ecosystem. Considering the media in these terms means accepting the idea that there is an ecology of the media that we deal with daily.

During the 1960s, the Canadian thinker Marshall McLuhan, one of the pioneers of the intellectual tradition explored by this book, told his own, slightly more provocative, story about fish and water: «Does a fish know it’s wet? No. The fish’s existence is so dominated by water that only when water is absent is the fish aware of its condition». Well, that is precisely what the ecology of the media is set to discover. A constant discovery we can never be sure of achieving once and for all that, as such, rather becomes a sort of deliberate exploration of the deepest aspects of human culture.

An ecological approach to media studies, or thinking about the media as environments ‒ I hope this approach may help whoever decides to read this book – students, academicians or merely curious readers – start their own exploration with the awareness of being part of a larger – human, cultural, social, natural – system, a forever open, dynamic, complex and therefore endlessly fascinating and stimulating system. The ecology of the media is precisely aimed at promoting the kind of systemic conscience that underlies an ecological approach.

Living within the media with this kind of awareness means recognizing the role game we are inevitably called to play. Clearly, the rules of the game are made by man due to the constant process of social and cultural transformation that is inherent in human existence. And this book, as an attempt at presenting the authors, ideas and key principles of the ecology of the media, is nothing but another step in the process of understanding those same rules. But, once the game is on, all we can do is play, with the media, within the media. 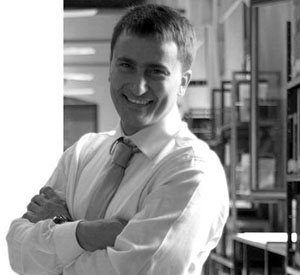